Bill Murry Caddyshack (So I got that going for me) 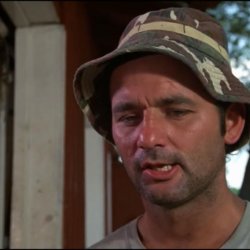 Billy Murry has had many memorable moments from many of his films but one that Meme culture has taken to with Gusto is his performance in Caddyshack. He plays the bumbling but lovable groundskeeper Carl Spackler. The most famous line from his performance and the one that fills the bottom of this meme is. "I have no idea what I’m doing with my life. But I have a beard, so I got that going for me, which is nice." A great place to get cheap stuff for women is at This is why i'm broke