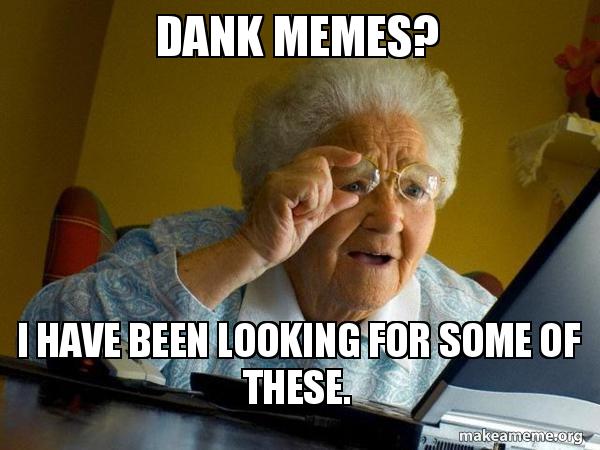 It’s term used to express that an image, video or meme that has gone viral is now long past its used by date but still circulating heavily. Usually amongst less cool/savvy social media users. It is used ironically, as “Dank” tends to mean good, well it usually means good weed. When used verbally dank tends to be stretched out, as in “daaaank meme bro” to highlight the irony.

The terminology probably started on either 4chan or reddit. Most memes start on one of these 2 sites and then will head off to other social media sites like Facebook, 9gag or Instagram. 4channers and redditors will then see them pop up on FB, sometimes weeks and months after first appearing the initial sites. These memes are usually “dank” by that stage.

For a completely over the top explanation of how memes can be dank see the below video and remember always check that a meme isn’t dank before you share it.